There are plenty of different options available to fence off a playground from the area surrounding it. Palisade fencing, tubular steel fencing and overlapping timber fence panels are great options. However, in public realm spaces, chain mesh fencing will often be the preferred option. Why do so many schools and city play areas use mesh fencing to create a boundary around their perimeter?

Unlike many types of timber fence, chain mesh fences can be seen through. This is important for the safety of children. If play areas are blocked off from lines of sight from outside, then it is much more difficult to spot inappropriate behaviour, for instance. Inherent to the design of all chain-link fencing is the fact that it is mostly made up of holes which mean it is virtually transparent.

Hard to Climb Over

In a play environment where children are actively encouraged to climb up and down things, the last thing you want to install is a fence panel that can be used as a ladder. Once children are inside the play area, especially insofar as younger ones are concerned, parents need to know that their children will remain safely within its confines. Chain mesh fencing prevents little ones from climbing over so that adults just need to keep an eye on the designated entry and exit points.

Most chain mesh fences will keep unwanted intruders at bay. Any livestock that happens to be in the vicinity of the playground won't be able to get through, for example. It will also prevent dogs which have been let off their leads nearby from getting through. This is a big concern in some city parks where playgrounds are near exercise areas, for example. Additionally, it is possible to buy anti-snake meshes which keep out most species of wild reptiles you can find in Australia. This is a smaller than normal mesh but it offers an extra level of safety that can be beneficial in certain parts of the country.

One of the best things about chain-link fencing is that the meshes that are made from it can be installed in a short space of time. You just attach it to pre-installed fence posts and a barrier is formed almost instantly. What's more, mesh is a relatively inexpensive material to produce in the first place. It takes very little maintenance and can last a long time, too. Get a quote from chain mesh fencing contractors to learn more. 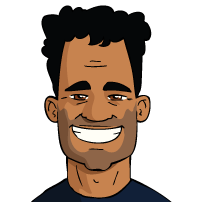 Fencing in a rural setting has to fill a lot more functions than a fence around a residential home. It has to keep your livestock, one of your biggest annual assets, safe. It also has to keep out vermin and possibly be electrified. Thanks to the sheer abundance of fencing on many rural properties, fence installation, upkeep, repair and replacement can also be expensive. Luckily, if you want tips on what you need or how to make it more affordable, I am here to help. Hi, my name is Nicki, and I love living out in the country. I also love writing so decided to put my knowledge about fences to use in this space.